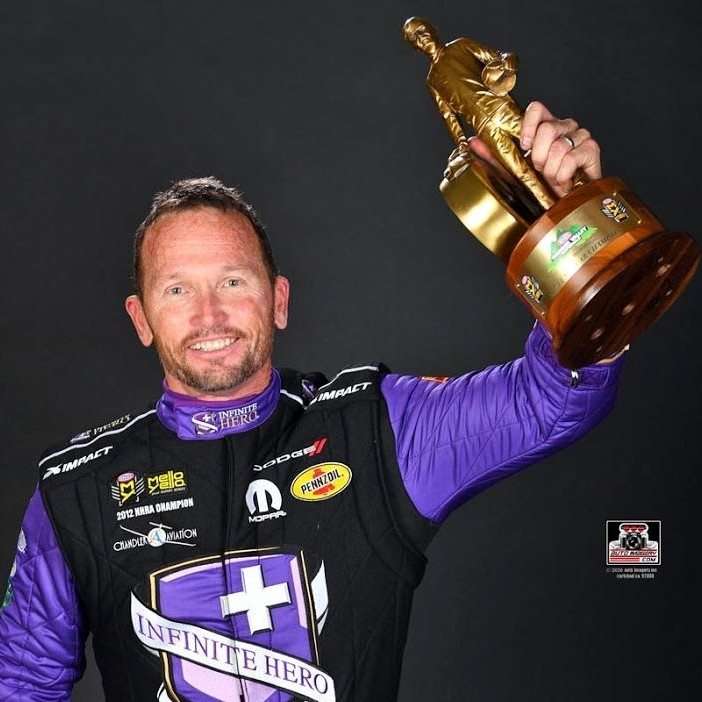 Read the latest about Jack Beckman 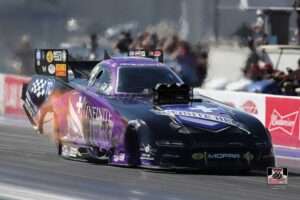 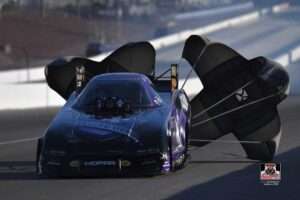 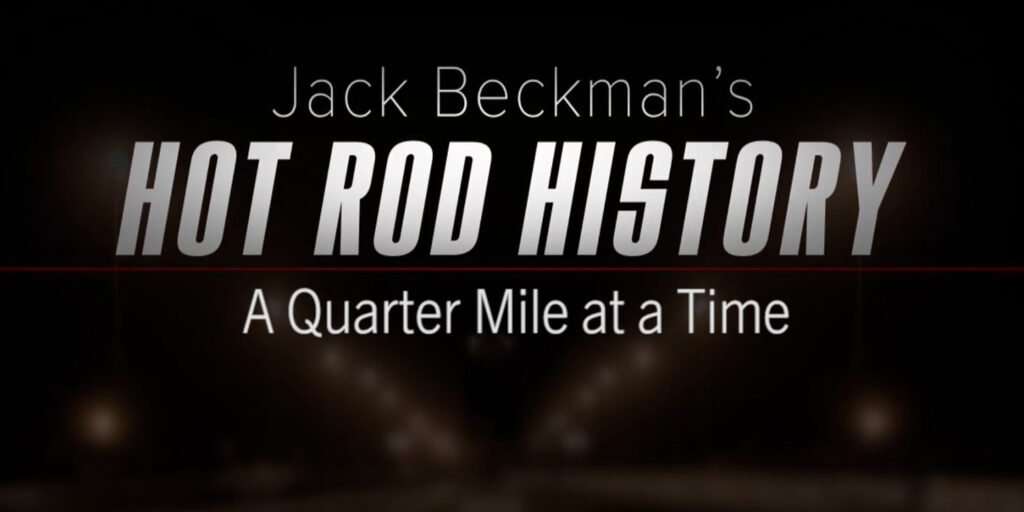 Jack Beckman used the break in racing action to offer a master’s class on drag racing’s early years: 1950-1959. These TED-talk-like lectures will continue to cover the early-’60s, but for those who may have missed them we present them in one easy to find location.

ABOUT THE
INFINITE HERO FOUNDATION

The mission of Infinite Hero Foundation is to combat the most difficult front line issues – mental and physical – facing military heroes and their families. 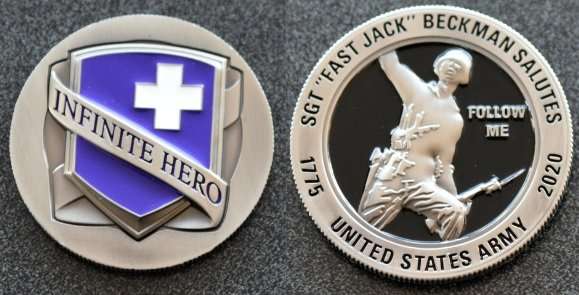 We are proud to pay tribute to the United States Army with the 2020 Infinite Hero Foundation challenge coin. The coin is inspired by the Follow Me, United States Army memorial located at Fort Benning, Georgia. It depicts a 1950s-era infantry soldier charging forward and gesturing for others to follow. The goal of Infinite Hero is to release a series of coins honoring the various branches of the U.S. Military. 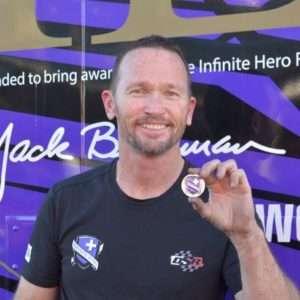 The coin series was launched with the release of the 2019 U.S. Air Force challenge coin as a special nod to Jack Beckman, former sergeant in the U.S. Air Force.

Since 2014, every time Fast Jack Beckman straps into his Infinite Hero Foundation Dodge Funny Car, he carries challenge coins down the track with him. The coins are a commemorative fundraising opportunity for Infinite Hero and are available for a $100 donation to the IHF.  After each pass, Beckman personalizes the coins with the name of the track and run information along with a personalized note for the donor. We are proud to share that more than $685,000 has been raised for the Infinite Hero Foundation through the Challenge Coin Program thanks to the generous contributions of our supporters.

An Infinite Hero representative attends each of the races on the NHRA schedule. Please stop by and visit the Infinite Hero team pit area to learn more about the Foundation.

For the Love of Color Infinite Hero Racing Helmet

You can be the lucky owner of this one-of-a-kind Infinite Hero Foundation helmet that has been custom painted by Neil Ramey of Neil’s Rod & Custom in Idaho.

The helmet has been designed to pay homage to the colors that represent the Infinite Hero Foundation. It also proudly features the Infinite Hero emblem that incorporates the color purple to honor those who have been wounded in battle, the Greek cross to signify aid, and the infinity symbol to represent the conviction that the sacrifices of heroes should always be remembered. Through the middle of the helmet, the designs are symbolic of military insignias, and represent the 5 branches of the military, each having purple heart recipients – Army, Marines, Navy, Air Force, and Coast Guard. The 5 chevrons are painted in silver to gold fade, representing the enlisted ranks. The 5 purple lines/bars represent the officer ranks within the 5 branches. The purple color of the stripes is indicative of the joint nature of the military operations in today’s world, as services join toward a mission, colors combined make up the purple color idea. The “USAF SGT” above Jacks name are a reminder that Jack, himself, served in the US Air Force and attained the rank of Sergeant.

100% of the proceeds will go to further Infinite Hero’s mission to combat the most difficult front-line issues – mental and physical – facing our military heroes and their families. 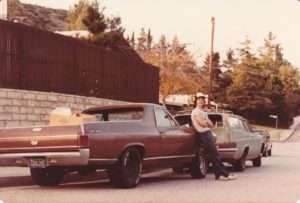 The story of  "Fast Jack" and his El Camino goes all the way back to a baseball-playing, skateboarding, skinny kid from California's San Fernando Valley in the early 1980s. Hooked on drag racing at age 7 while hanging on the fence at historic digs like Orange County International Raceway, and later the high-desert LACR, Jack saw a fuzzy vision of what he could become if it was in the cards. But first, he had to toil and suffer.