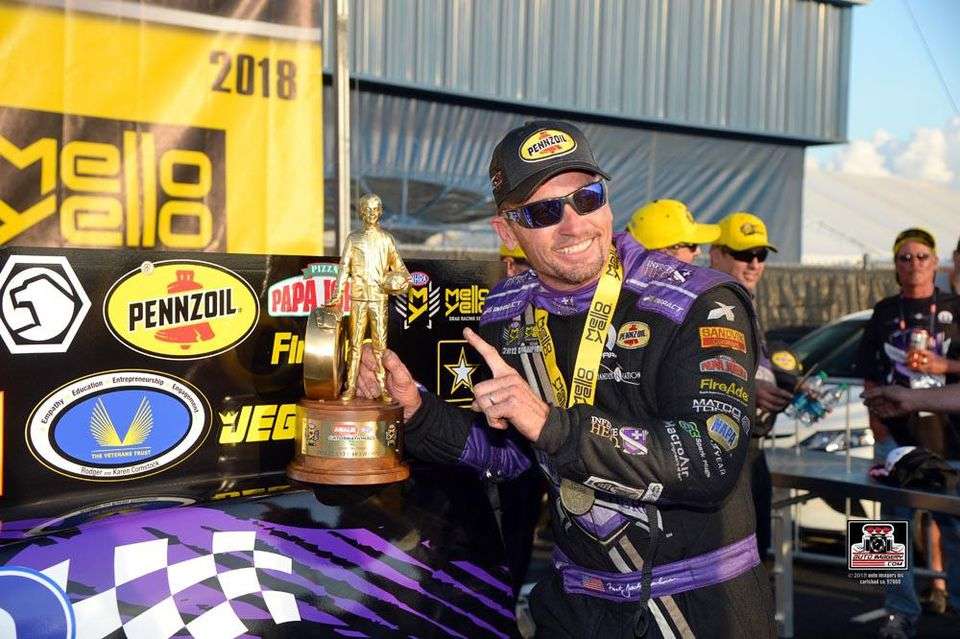 There’s no question that Jack Beckman knows exactly what to do in any type of drag racing vehicle.

After all, he’s taught more than 7,000 students how to drive dragsters, roadsters, funny cars and doorslammers as an instructor at Frank Hawley’s Drag Racing School. He’s won NHRA world championships in Super Comp (2003) and Funny Car (2012), and he’s got a combined 30 national-event victories in those two categories.

But what the 52-year-old can’t tell you is what he plans to do when his racing career ends — because he’ll quickly admit he hasn’t got a clue when it comes to that topic.

Unless, that is, he can concoct a way to stretch out on the couch in his Norco, Calif., home and watch History Channel for a living.

“I gave up a great career and pension in the elevator industry” — he’s not kidding — “to go teach full-time at the drag racing school, and that morphed into this, so I really don’t have a retirement plan,” Beckman said last week prior to a runner-up finish to Robert Hight at Topeka. “I thought for years I’d be back fixing elevators again, and I just keep getting another year to do this. It’s already gone way beyond my wildest expectations.”

Back to the topic of broadcasting, replacing a steering wheel with a microphone would be an option of interest to the driver of the Infinite Hero Foundation entry for Don Schumacher Racing. He spent more than a decade teaching people how to drive drag vehicles, and given that type of teaching ability, if you will, it figures that he could explain the finer points of the sport in a way anyone could grasp.

“I think if you gave me my choice the dream job would probably be up in the booth announcing,” Beckman said. “I like that aspect of it, communicating with the fans and educating the newer folks on our sport — but who knows if a position would even be open doing that and if it’s viable.”

“If not you might see me mowing lawns for a living, I don’t know.”

If there is a future in cable, over-the-air and streaming broadcasting for Beckman, he acknowledges that there’s more involved than merely opening his mouth and letting fly with stream-of-consciousness commentary.

Much of what newcomers to the sport know is what is “imparted” to them by announcers and analysts, Beckman said.

“From my earliest memories — the Brock Yateses, the Steve Evanses, the Bob Freys, the Alan Reinharts, the Dave Reiffs — now you’ve got the Brian Lohneses and the Bruno Massels,” he said. “Those people, it’s their communication skills that educates our fan base, and once you’ve got a fan base with enough knowledge there are more hardcore fans, now your job is to entertain them.

“So I think that balance of entertainment and education and finding that line on a week-to-week basis, I think that’s really intriguing to me.” The former Air Force sergeant and non-Hodgkins Lymphoma survivor says a unique combination of traits — effective communicator and “fairly slow learner” — would be assets should he have the opportunity to pursue broadcasting after racing. 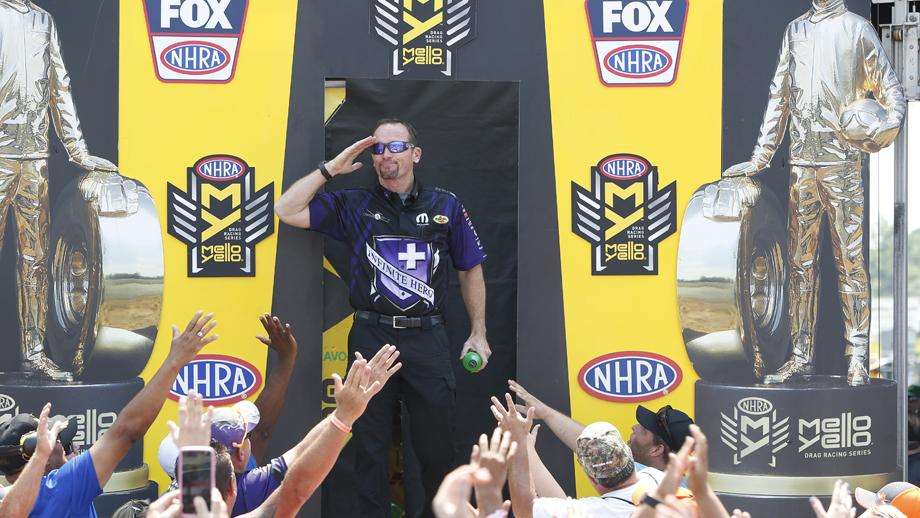 “I think it’s so easy to talk over people’s heads when you don’t understand what they don’t understand,” he said. “I’m really good at not understanding things and taking a while to get that epiphany that, “OK, now I’ve wrapped my head around it.” I think that gives me a good insight into how a lot of the fans might struggle to understand some of the vernacular and some of the quick-paced action that we’re trying to impart to them on the TV show.”

Beckman described himself as something of a sponge in the sense that he is an amalgam of everybody I’ve ever met throughout his life, and that he has matured as a communicator since his pre-pubescent years. At age 12, he said, he was “a big mouth who likes to tell jokes” to overcome shyness.

“Then I think once I got so passionate about drag racing and funneled all my energy into it, learning about it was always a joy, it wasn’t extra work for me,” he said. “You want to talk about the people who are experts in drag racing; your Bob Freys and your Allen Reinharts. It’s statistics, and it’s history, and I thrive on that stuff because I love this sport.

“So I think that Jack Beckman, the race fan, is what turned me into the race car driver and maybe one day, one of the people in the booth.”