Driving Doug Chandler’s Infinite Hero Foundation Dodge Charger SRT Hellcat, Beckman defeated teammate and current point leader Matt Hagan in the final round of eliminations to capture DSR’s 12th consecutive Funny Car trophy and deny Hagan the opportunity to extend his point lead. Starting from the No. 6 spot, Beckman battled through a stacked field to keep DSR’s undefeated Funny Car streak alive and claim his third trophy in 2020, and 33rd overall. After besting Cruz Pedregon in round one of eliminations, Beckman posted the second-quickest pass of E2 to defeat Tim Wilkerson before clocking the quickest E.T. in the semifinals to outrun Bob Tasca III and set up an all-DSR Funny Car final round showdown for the fifth time this season. Versus Hagan, the Infinite Hero crew chief tandem of Dean Antonelli and John Medlen tuned Beckman’s machine to its third consecutive 3.90-second pass to activate the win lights. Beckman’s FallNationals triumph was his first at Texas Motorplex, and held special meaning for the SoCal native who has been making the trek to Ennis, Texas for 35 years.

“I got to stomp on the pedal, but this is truly a group effort,” said Beckman of his Sunday victory. “I have wanted to win Dallas since I first came here in 1985 and drove 500 miles with my buddy to come to Billy Meyer’s ‘super track.’

“I had a really good feeling most of the day. I felt like if it’s going to happen, it’s going to happen today. Coming up against Hagan and his guys in the final is a big deal. They’ve been dominant lately and to stop them in their tracks today and tighten the points chase was fantastic. This was maybe the best weekend ever. I mean doubling up at Indy in 2015 is going to be awfully hard to exceed, but I so wanted to win at Dallas. My dad (Bob Beckman) lives close to here and he’s been supporting me my whole career and he’s 83-years-old. It’s going to be extra special to give him that cowboy hat from the (Texas) Motorplex. It’s perfect. I don’t know that I’ve ever had a better weekend at a drag strip than this. The Infinite Hero team got the trophy and my dad gets the cowboy hat. Doug Chandler, thanks for making all this possible.”

A scant four points stand between Beckman and Hagan, ensuring the championship chase will come down to the wire as DSR’s four Dodge Funny Car pilots continue to jockey for position heading into Houston next weekend and the season-finale in Las Vegas which features a points-and-a-half format. Beckman, the 2019 Funny Car runner-up, will be vying to reclaim his No. 1 ranking in Houston, a position he enjoyed throughout six of the first nine races, as he seeks to deliver the 2020 championship trophy to the Chandler family in the final year of DSR’s ‘giving car’ program. 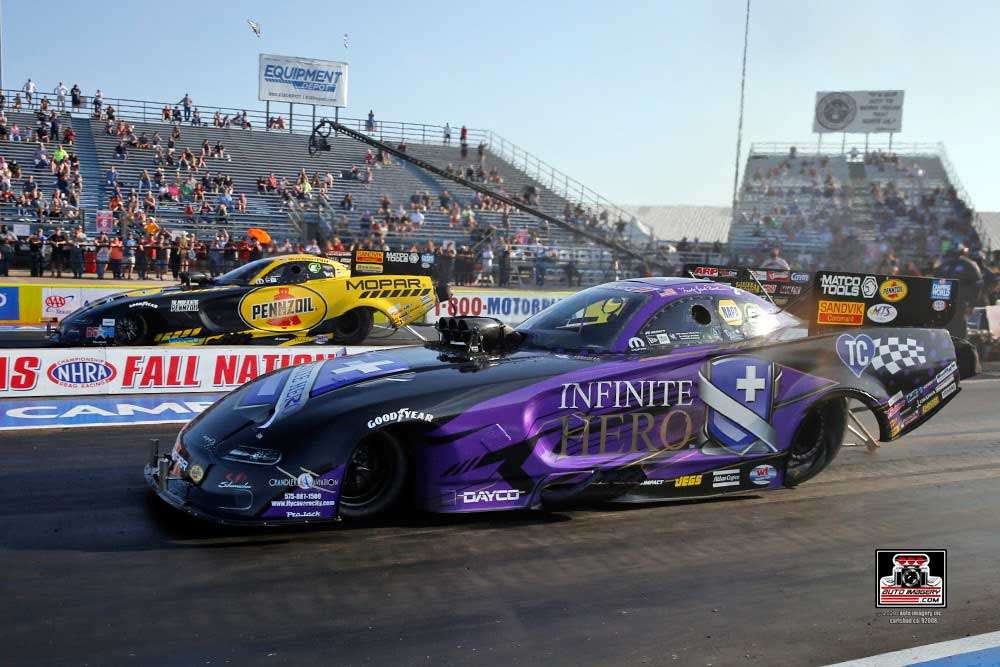 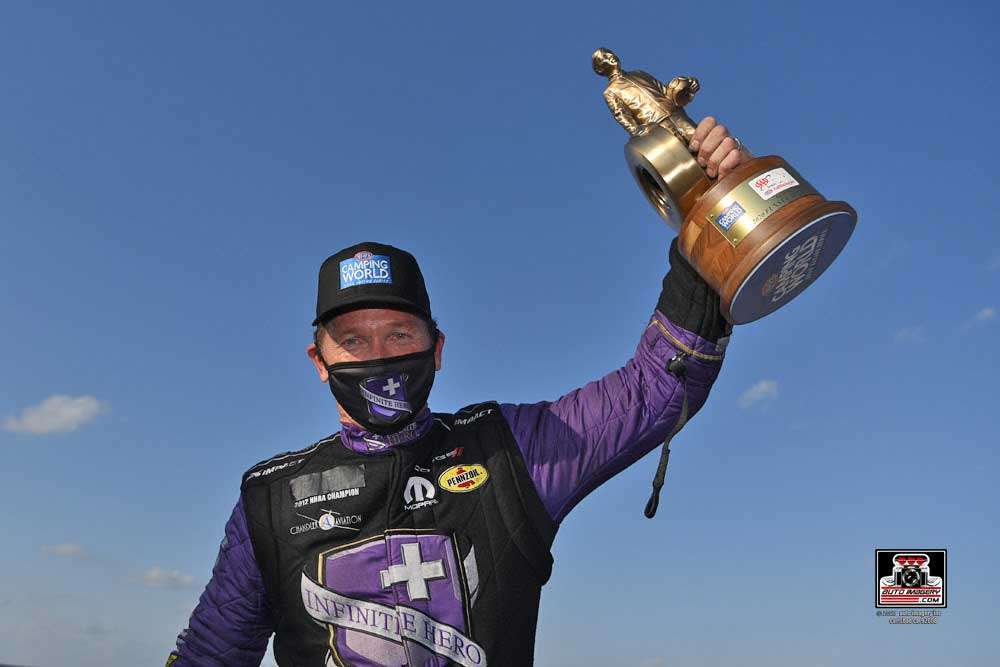