Race Recap:
By qualifying No. 1 for the SpringNationals, Jack Beckman set himself up for a first-round battle rife with championship implications. Beckman, who was looking to pick up his second consecutive win and regain the point lead currently occupied by teammate Matt Hagan, drew No. 16 qualifier Ron Capps, who was fighting to keep his 2020 championship hopes alive. The former champions launched their DSR Dodge Charger SRT Hellcats off the line and into tire smoke. Both Beckman and Capps were on-and-off the throttle, but Capps was able to cross the finish line first, forcing his stablemate to continue his day as a spectator and watch as Hagan, his biggest threat to capture the Funny Car title, advanced to the semifinals.

Beckman departs Houston sitting in third on the Funny Car leaderboard and with a deficit of 43 points that he will work to overcome at the Las Vegas points-and-a-half season finale next weekend.

“A lot of cars struggled out there and we just didn’t capitalize on it. And you can say (Matt) Hagan was fortunate, but you can also say he did a good job catching the car and getting it to the finish line. This is the back-breaker about drag racing. There’s no do-overs. You don’t get to go back out for the rest of the race and earn some points. It’s sudden death, and that’s a bitter pill. To have such a good car and come out here and qualify No. 1, our fate is not in our hands right now. That’s the nature of our sport.” 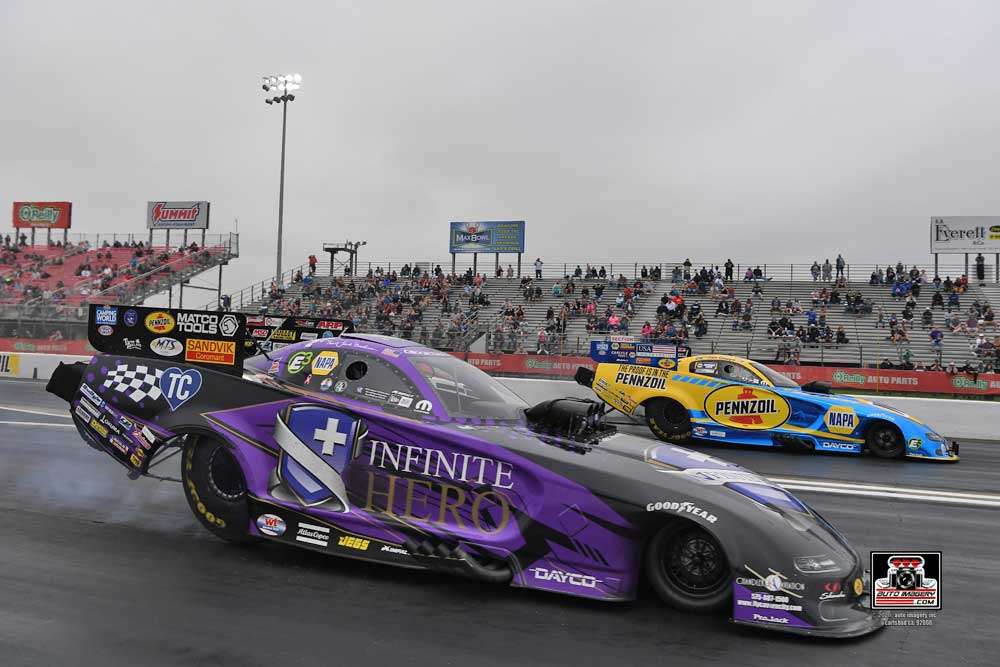