Note:
Prior to the race weekend, DSR will host a mini press conference and driver availability session with all eight Mello Yello drivers on DSR’s current roster. The event, taking place from 3:00 – 4:00 p.m. on Friday, July 10, is open to media only, and RSVP is required. To request to attend, please contact Allison McCormick at mccormicka@shoeracing.com

Quotable:
“Everybody is talking about getting back to business as usual, and in racing, we’re going to be getting back to business, but there’s nothing usual about it. This is completely unprecedented. We’re going to lose Friday qualifying at every race from here on out, and that could drastically change your approach as a crew chief and as a driver just in qualifying. And then none of us have been in a race car for probably the longest period in our drag racing careers, so we’re going to get to make shakedown runs the day before a race weekend. I don’t think that’s been allowed for nearly 50 years in drag racing. So, the scenario is what it is, and we’re all going to do our best to make things get back to whatever ‘normal’ is as quick as possible, but I’ve got to tell you, I’ve had driving withdrawals and now I feel like it’s so sudden. After waiting for so many months, I’m looking at the calendar and it’s like when you’re a kid getting ready to go back to school. I just can’t wait to get my bag packed and get on that airplane.” 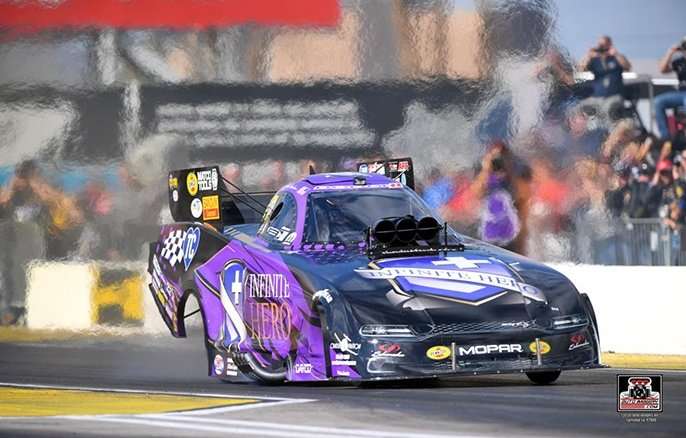