Race Recap:
Runner-up in the 2019 Funny Car championship standings last year, Jack Beckman and the Infinite Hero Foundation Funny Car team picked up right where they left off at the start of the 2020 NHRA Camping World Drag Racing Series season. Beckman and the Dean Antonelli/John Medlen-guided team started the year with a win at the season-opener in Pomona, Calif., kicking off DSR’s undefeated season. The win propelled Beckman to the top of the Funny Car leaderboard, a ranking he maintained throughout six of the first seven events, positioning himself as a solid contender for the 2020 world title. Beckman visited the final round a total of five times during the year, and picked up his second triumph at the prestigious NHRA U.S. Nationals, before racing to victory at Dallas, earning his first Texas Motorplex trophy.

The 2012 Funny Car world champion, who had the honor of driving one of the Chandler families’ two ‘giving cars’ since 2014, entered the Dodge NHRA Nationals presented by Pennzoil in the No. 3 spot and within striking distance of the lead, but a disappointing first-round loss put an end to Beckman’s 2020 title hopes. Beckman closes out the season with 33 career Funny Car wins, and 28 No. 1 qualifiers.

“We lost the war, but I’m going to have to be comforted by the fact that we won a lot of battles this year. We won the Winternationals, we won the U.S. Nationals, we won at Dallas, those are all huge races. We had a fantastic year. We had a car that contended up to the last day. I can’t put a positive spin on losing the championship. I truly thought we were going to do this. I thought it would be the most fitting way as a tribute to the Chandler family going out, and perhaps the end of my career. I’m just going to have to step back and get my perspective and remain an adult about this. As disappointing as it is, it’s been a fantastic year. It’s been a fantastic ride with the Infinite Hero Foundation and the Chandlers and if it’s ended, it’s been a fantastic career.”

About Don Schumacher Racing:
Established in 1998 as a single-car Top Fuel team, Don Schumacher Racing (DSR) has grown to become the winningest organization in NHRA Drag Racing history. Including team owner Don Schumacher’s five NHRA Funny Car titles from the 1970s, DSR’s current win count stands at 358, and DSR is one of a very small handful of teams in the motorsports industry to surpass the 350 milestone. DSR owns 18 world championships in three different NHRA categories. 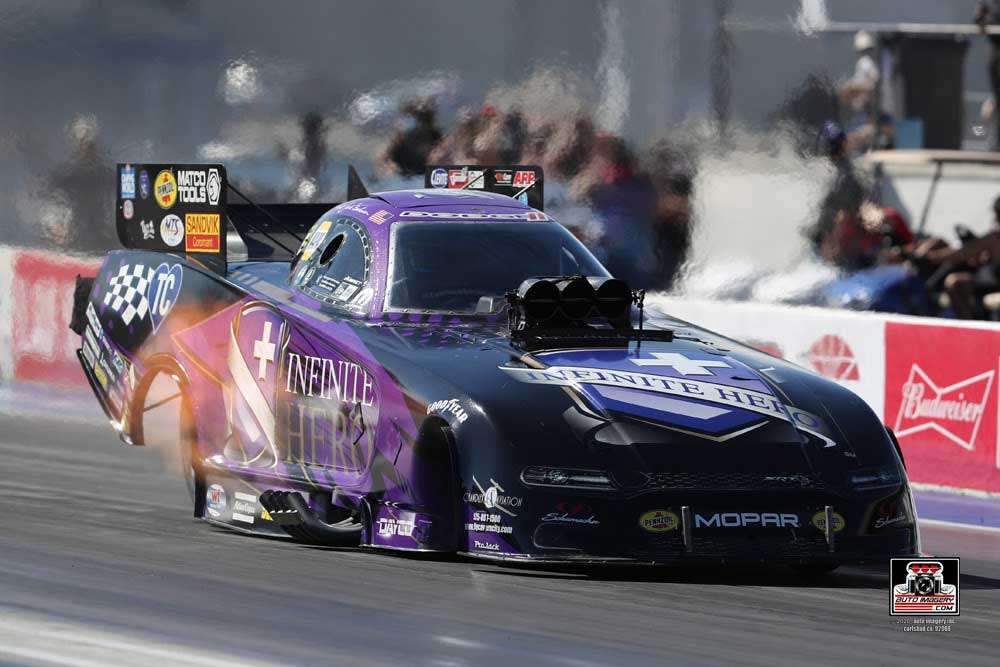