Noteworthy:
Maintains his ranking atop the Funny Car leaderboard; has occupied the No. 1 spot during six of the first seven events

Quotable:
“We stumbled at Gainesville, and that was driver error. I let the car get too far out of the groove. We were pushing hard, we knew we had to. The car was probably going to run low E.T. of the meet and I just let it get out into the loose stuff too much, and that ended our day. That was a big round; we were up against the No. 2 car in points. But we dodged a bullet. We still left there in first place. We go to St. Louis where it should be radically different conditions. Everyone only gets two qualifying runs. If they gave us four, we’d figure out the tune-up. At two, it’s going to be a total crapshoot, and those bonus qualifying points are going to be increasingly important from here on out, and I can’t wait!” 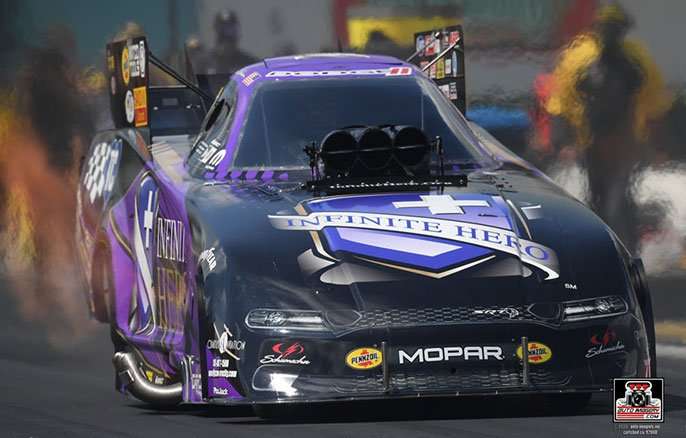