Note: Persistent showers on Saturday forced NHRA to abbreviate both the Mello Yello Series and the Factory Stock Showdown Series to just one round of qualifying. Mello Yello competitors made their one run on Saturday evening, while the FSS field was set from Q1 on Friday night

The Competition: No. 12 Blake Alexander

Quotable:
“Wow! I have no idea what to expect for race day tomorrow. This race track was colder than anything we’ve run on in a year-and-a-half and nearly everybody missed it. You’ll have some highly-favored cars in the bottom half of the field and it makes no difference. Tomorrow the track should have a little more temperature on it and it should come back into the tuner’s wheelhouse. I have no idea what to expect, but I’m going to get up early, and I can’t wait to get out here to Gateway.” 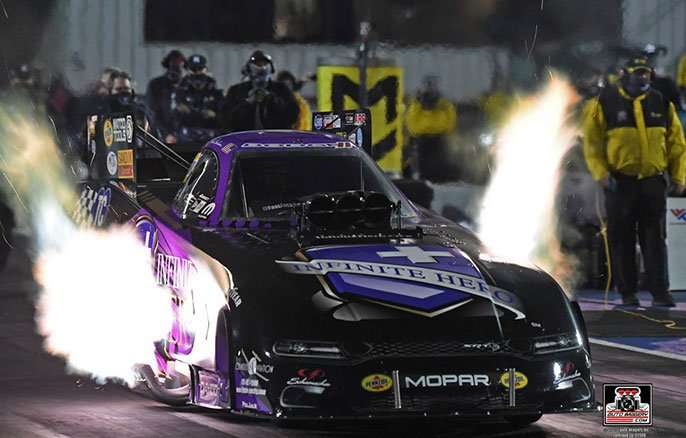