Noteworthy:
DSR is guaranteed its milestone 350th win when Beckman and teammate Matt Hagan battle it out in their Dodge Charger SRT Hellcats in the rescheduled Indy 2 final round during Q3 on Saturday
Beckman will have the unique opportunity to earn two trophies over the course of the weekend

Quotable:
“Here we are going into September, and if anything, the year has just gotten even crazier. The only prediction you can make about 2020 is that everything is completely unpredictable. We’ll have a chance at a little bit of history this weekend. I’ve left Indy with two trophies on the same weekend, but that was a Traxxas Shootout and a U.S. Nationals win. We’re just going to have to take it one run at a time. We’re going to get three qualifying runs, but the last one of those is going to be for a trophy, and just because the day after will be for the U.S. Nationals trophy, doesn’t mean we should think of the first one as any less significant. The points are the same, and the size of the trophy is the same. So, our goal is to get a trophy on Saturday, and then start picking away to get another one on Sunday.” 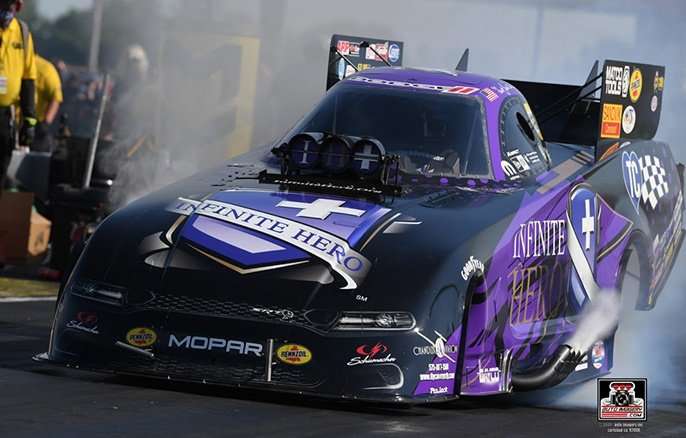