Ranked 3rd in the standings; 799 points

“I think just about everybody can’t wait to put 2020 in the rearview mirror, but I think the NHRA fans are in for a huge treat with the points chase, specifically in Funny Car where you’ve got three cars within two rounds of each other. It’s probably going to be one of the most thrilling conclusions ever, and I fully expect the Funny Car championship is probably going to go down to the final round of the final race on the final day of the season. For a fan that’s amazing and from a driver’s perspective that’s the deal you want; to be in it going into the last race of the season. There’s a lot of different things on the line. For us, obviously, the championship, and for our team it’ll likely be the last race with Infinite Hero, and we’re not sure what will happen next year. So, there’s a lot of extra incentive to try to end the year on a positive note. As long as we win the race and Matt (Hagan)’s car is not in the other lane in the final round, I would consider that as perfect a year to a season as I’ve ever had, so I’m very much looking forward to this.” 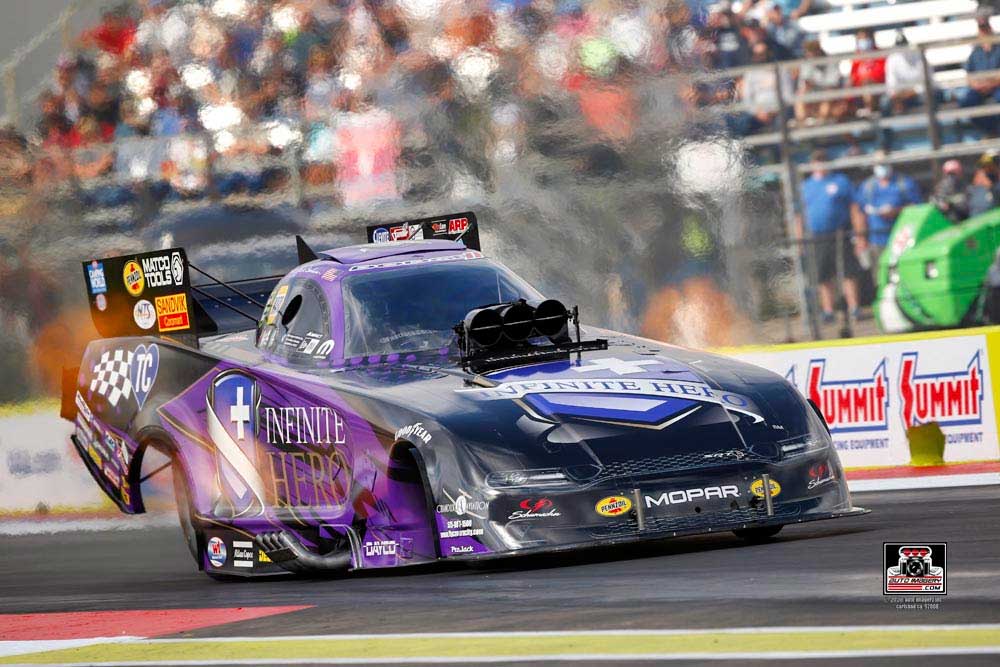