Countdown to the Championship standing: 2nd

Noteworthy:
Sitting second in the Funny Car points, Beckman leads DSR in the NHRA Countdown to the Championship standings
Trails point leader Robert Hight by 46 points
As a resident of Norco, Beckman considers Pomona to be a hometown track

Quotable:
“We have to do our best to optimize points starting with Q1. I think we’ve got a car that’s clearly capable of doing that. We’ve been No. 1 qualifier three times in the last six events. I think right now we’re clearly a front-runner to contend for the championship, not just in our points position, but in our performance lately. So, my job is to do my job. If we get another opportunity like we had in Vegas where we are paired up with (Robert) Hight early, we get a chance to control our own destiny. If we win the race and Robert is not in the final next to us, we win the championship. I’m not looking at Matt (Hagan) or John Force behind us because we want to finish first; we’re not trying to defend the second-place position. So, our goal right now is to maximize qualifying points, execute perfectly on race day, and hope that the ladder falls in such a way that we pair up with Robert before the final round.” 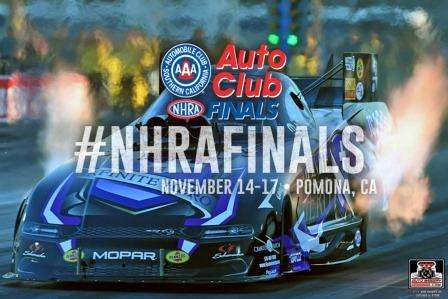