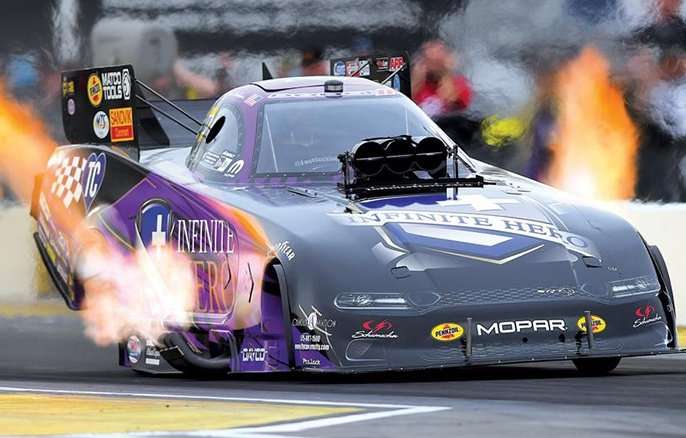 Things couldn’t have gone much better for Jack Beckman and crew chiefs Dean Antonelli and John Medlen to start 2020. They won the season opener in Pomona and were runners-up in Phoenix. This is one of a series of interviews with the top drivers in Top Fuel, Funny Car, and Pro Stock.

Early-season report card: Things couldn’t have gone much better for Beckman and crew chiefs Dean Antonelli and John Medlen. After having one of the best cars in the 2019 Countdown, they qualified No. 2 and won the 2020 season opener in Pomona with a flurry of 3.80-second passes and were runner-up in Phoenix to teammate Tommy Johnson Jr. after another collection of solid 3.80s. 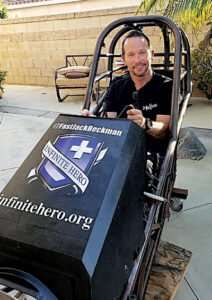 Looking back: “Even though we only had two races this year, our season so far has been a tale of two cities. Although the outcomes have been good -– a win and a runner-up -– our level of domination was completely different. We stumbled in Phoenix because we were running some future clutch discs and got behind the 8 ball but we still managed to take the car to the final round there.”

Looking ahead: “I’d love to get some test runs in before we return to racing. I don’t see many top 10 teams not wanting to go out making a couple of laps at some point especially if you can get somebody in the other lane.”

Shop talk: Before Indiana’s stay at home orders, the Brownsburg-based team put a new front half on one of their chassis and Beckman has been working on a cockpit simulator at his California base to stay sharp after the team switched him to a “push brake” (as opposed to a “pull brake”) this year.

The final word: “For us, 2020 was a direct continuation of 2019. I think if you go back and look over the last five to six races of 2019, we had such a solid car. I don’t know if there’s anyone in drag racing right now who wants to get back to competition more than me.”