Our favorite new Lego movie burning up the internet was produced by the Infinite Hero team and directed by Jason Beckman – yup, that’s Jack Beckman’s son.

Legos never go out of fashion, and the age of social media has only made them more popular thanks to the stop-motion animation craze that’s all over YouTube, Facebook, and Instagram. Check out this 60-second film made by Jason Beckman showing his dad racing an ABS-plastic actor in the other lane. Sharp-eyed viewers will note the cars appear to run low 7-second E.T.?s.

Want to make your own? Check out these instructions from Wired magazine. 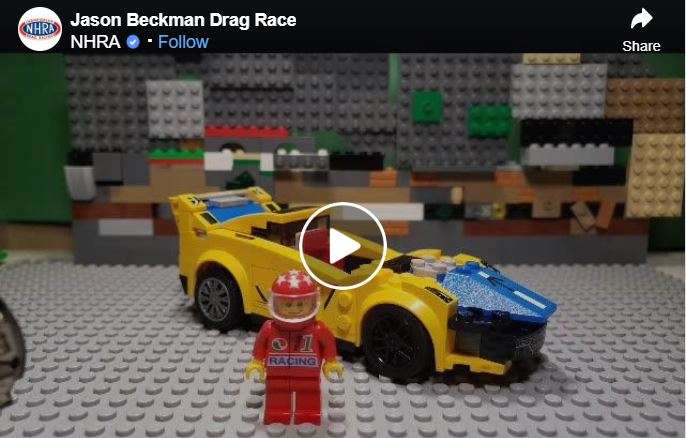