Driving a 330+ mph Top Fuel dragster isn't the most courageous thing Jack Beckman has ever done. In fact, it isn't even a close second.

In 2003, Beckman achieved a life long dream when he won the NHRA Lucas Oil Super Comp national championship. However, his celebration was short lived as he soon began experiencing health problems that were ultimately diagnosed as high grade level 3B lymphoma, a cancer that had invaded his body from hip to neck.

Through six months of arduous chemotherapy treatments, Beckman never lost his competitive spirit or his desire to continue to live a normal life. He missed just two races during the entire 2004 season and rarely missed a day of work at Frank Hawley's NHRA Drag Racing School, where he works as a driving instructor.

Throughout the ordeal, Beckman was inspired by the outpouring of support from fans, friends, fellow racers and even total strangers who overwhelmed him with their kindness.

"People I barely knew would come up to me at the races and tell me they were thinking of me," said Beckman "I can't describe what that meant to me. It's also nice not having to die to know how much people care about you. "When you're faced with a life-threatening situation, there is a real temptation to go out and do everything you've always wanted to do in you're lifetime. That didn't work for me because all I've ever wanted to do is race and teach others how to race and I was already doing that." Beckman had his eighth and final chemotherapy treatment on October 25, 2004. The doctors have informed him that his cancer is in remission. As one might expect, there were good days and bad days both during and after his treatments. "The next two to five years will be critical," Beckman said. "With no relapse in this time period, the long-term survival chances go way up.

In early 2005, Beckman began to regain some of the weight and re-grow the hair he'd lost during his chemotherapy treatments. A short time later he received more good news when he was chosen as the driver of Dexter Tuttle's Menards/MTS Top Fuel dragster, fulfilling a dream he set for himself as a young teenager. Beckman lightheartedly refers to his four-second, 31O-mph rides in the 7,000 horsepower Menards/MTS dragster as "G-Force therapy" and considers it some of the most effective medicine he could take. Beckman has long been popular among his fellow racers thanks to his engaging personality and fun loving sense of humor. Those closest to him are amazed that he was somehow able to emerge from his near-tragedy an even warmer and more compassionate human being.

"If there's one message I want to get across it's that I'm not the only person in the world to get cancer, said Beckman. "I have visited children's hospitals and have seen kids who have it much worse than I do. It is important for people to know that someone cares about them. That's why I encourage people to go out and support great organizations like the Jeg's Foundation for Cancer Research because they really do make a difference." 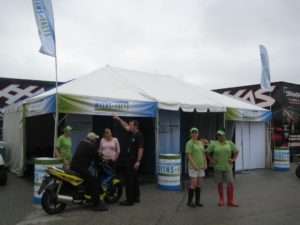 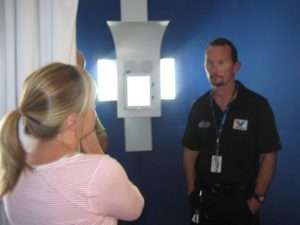